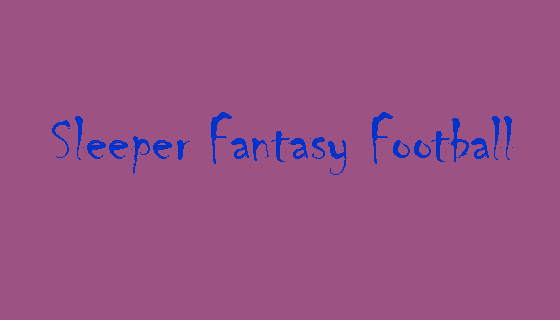 Auction is one of the most anticipated features of the 2021 season. Every player starts with a budget, then bids on nominated players to construct their team. On Sleeper, the Auction interface gives players full context of what is going on with league-mates. You’ll be able to plan your next move accordingly by understanding the budget and positional needs of your opponents at a glance using our innovative one-of-a-kind interface.

For many players, the tablet is the main device for managing fantasy teams. Whether you use the iPad or an Android tablet, you’ll be happy to know that our native mobile apps have been extended to take advantage of your favorite form factor.

Sleeper’s mobile app has seen many improvements over the years, but the web app has not gotten the same love. Coming mid-August, we will unveil a brand new design that will immerse you in the team management, score checking, and social experience of fantasy leagues.

League DMs, our latest chat feature, help you connect with your league-mates 1:1 or in sub-groups directly in your league chat panel. Sleeper makes trading draft picks dead simple. Historically, when you trade picks, mock drafts do not accurately reflect where your actual picks are.

As of today, Sleeper has become the first platform allowing players to mock draft with traded picks, resulting in more realistic simulations of how a real draft will play out.

So far, most people who have switched to Sleeper either left their league history on the original platform or had to stick it in a Google Doc somewhere for reference. Finally, we give you the ability to edit prior history so that it all stays in one place. Nice and clean.

We’ve made multiple quality of life enhancements to the trading experience. Many players complained that selecting a player from the trade center would result in being auto-scrolled to the top of the screen. This interaction has been changed to keep you in place without losing context of currently selected players.

Sleeper is the only platform that allows you to trade both players and picks during live drafts. This is now 10 times easier as owners can perform trades directly from the board itself without ever leaving the draft room.

At Sleeper, we are committed to feature-parity between our mobile and web apps. Unlike other platforms, you’ll be able to do everything from the mobile app that you can do from the web app. Editing matchups was the last item on the list. We love shortcuts. Players are now able to tap on league-mate avatar directly from league chat to open up team rosters.

The draft is the most important event of the year, yet every other platform makes it the commissioner’s job to constantly remind the league to be present. With SMS reminders, the possibility of someone forgetting to show up is drastically reduced.

Lastly, we designed the interface to be a board so you can easily see when position runs are happening, and the positional needs of your opponents. The board has can be cast to your big screen, and offers the option of dark mode as well.

Nobody else offers this experience in their draft. We understand how important the draft is, and how flexible software needs to be to solve those problems. You can learn more here: Why you should use the Sleeper draftboard for your live draft

If you’ve ever used Slack or Discord, this interface may seem familiar to you. You can see that free agent moves, as well as league banter all, happen within this chat. You can also send photos, conduct polls, and issue challenges directly from the chat. This chat is identical on mobile as it is on the web, and sends push notifications to your phone when you are away.

Simply put, league chat is the best way to stay connected, no matter what platform you use, and it’s the single reason that our leagues are considered the most active and fun of all the platforms. We care deeply about facilitating communication between leaguemates because we know that it is very difficult to get in touch with owners in your league unless you are close friends.

PlayHQ helps to Manage Competitions and Engage with Participants